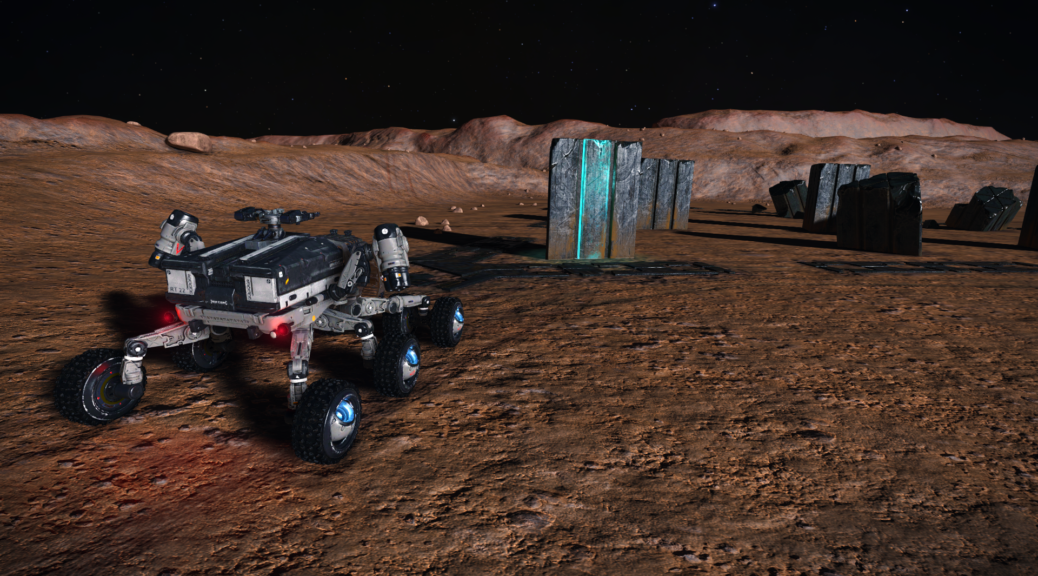 As I got near, I decided to stream it. The stream went down a couple times, but I managed to get a couple good highlights in.

First is me heading to the ruins. Stream cut out a bit before I landed at them, but near the end you can see them near my cross hairs, they sort of look a bit like a crater on a crater at that point.

Then the stream cut out and I didn’t notice. After some coaching I managed to land (I just didn’t go down far enough, I thought I was landed but apparently wasn’t), and got into my SRV (I still need to reconfig the controls) and started exploring. It was partway during exploration I noticed the stream was down and restarted it.

Then I did some more exploring the ancient ruins on stream. That stream would be cut short near as I was finishing up.

Overall a very fun experience, and so long as you have Horizons, a fuel scoop, and an SRV, I suggest heading out and checking it out.

I doubt they are Thargoids… the stuff we’ve seen that suggest Thargoids has been more organic in nature, so I’d think this is another race, perhaps the Guardians. It’s too early in the release to tell for sure, and I honestly doubt we’ll see the Thargoids and/or Guardians (if they are another race) yet, but we’ll get things setup. I’m going to guess most of that stuff will be in the next major expansion/season.