One of my favorite genres of computer games are ARPGs, especially of the loot and grab/hack and slash style. Typically people think of Blizzard’s Diablo series. There are a couple strong other entries out right now. Path of Exile, an excellent free to play ARPG which would really take a full article to detail how amazing and in depth it is. Marvel Heroes 2015, an ARPG set in the Marvel universe. Torchlight 2 and it’s older sibling Torchlight are both nice light hearted takes on the genre, and good entry points for more casual gamers while still offering a good deal of depth for more serious players. As an added bonus the guys who made Torchlight are making a new game called Rebel Galaxy which I got an early look at, and it was full of win. Gauntlet is somewhat in the same vein, though it’s a bit more arcadey…

Anyhow, it’s among my favorite genres. There are a number of games coming out soon(ish) that I’m particuraly interested in. This is a very quick run down of some of my favorites that I’m looking forward to.

Devilian is an open world MMO with ARPG combat that is already out in Korea and Thailand, among some surrounding areas. The game is being brought to the west by Trion, who brought us ArcheAge (which I’ve covered extensively before overdosing on it). Now plenty of people out there feel upset at Trion for the way ArcheAge was handled at launch, but I for one am willing to give them the benefit of the doubt and more than a fair chance to prove themselves with Devilian.

END_OF_DOCUMENT_TOKEN_TO_BE_REPLACED 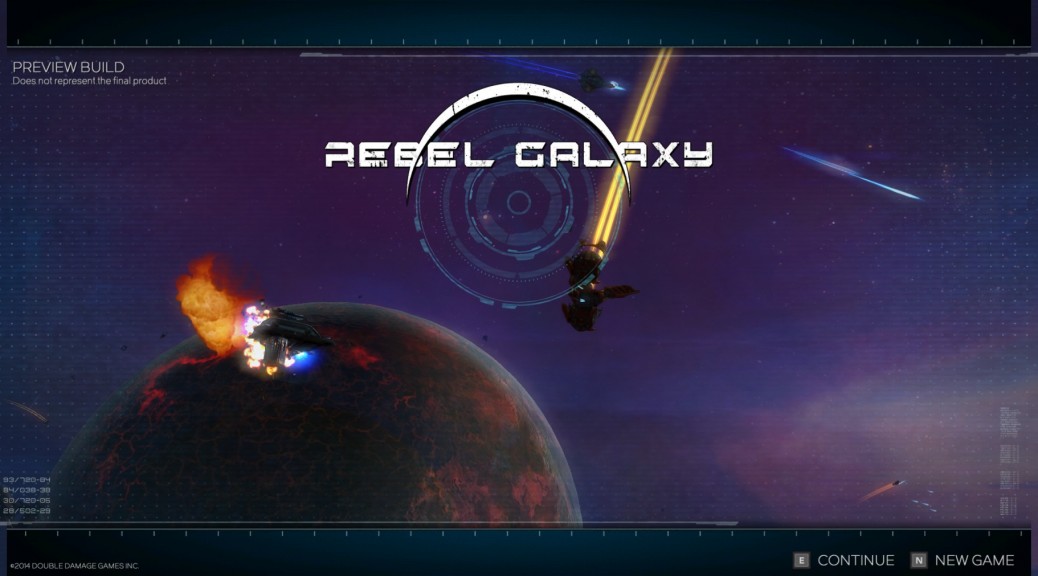 Imagine if you took the greatness that is Firefly

1, and combined that with space trading of Elite: Dangerous (while removing the complexity of having to worry about pitch), while tossing in a lighthearted RPG and you’ll have a basic idea of what fun to expect from Double Damage Game’s first game, Rebel Galaxy.  They call it a “swashbuckling space adventure” and that is very apt. END_OF_DOCUMENT_TOKEN_TO_BE_REPLACED