Nosgoth is a free-to-play multiplayer action game that is presently in Closed Beta. I got in late February and I’m finally getting around to talking about it. At the end of this article I’ll have a gameplay video so you can see it in action. You can apply for beta at the Nosgoth link, or buy a Nosgoth Founders Pack which will get you into the game instantly (part of why I’m bringing it up now, as I think it’s worth looking at). Like most Founders Packs on games that will eventually be free-to-play, they include plenty of in game currency to buy skins, faster access to classes, and your typical free-to-play, but not buy to win, game… and that’s an important note. Based on my time in Nosgoth, I never felt the need to buy things, or that those buying stuff had an unfair advantage. That said, there are some really cool skins and stuff that would be sweet to have.

A small disclaimer, I’ve never played any of the Legacy of Kain games, the universe that Nosgoth takes place in, so I won’t be discussing any of that aspect. All I know about the world is there are vampires and humans, and from the dialog I’m guessing the humans are the rebels… Nosgoth refers to the world, the planet we are on in this story. Kain has died and the vampire race is in disarray and the humans seem to think it is a good time to rebel… or something along those lines. Like Titanfall (as I noted in my review of Titanfall), there is a story told here via dialog. Perhaps not as heavily well as Titanfall’s story, but in this case it has a rich history behind it already so it just needs to be there enough to connect it to the universe that it inhabits.

Anyhow, let’s talk about the gameplay itself, as that is what’s important. Nosgoth pits Humans vs Vampires. Each match features two rounds. One round you will play as a human, the other round as a vampire, keeping the same team. Whichever team has the best combined score, wins the match. END_OF_DOCUMENT_TOKEN_TO_BE_REPLACED 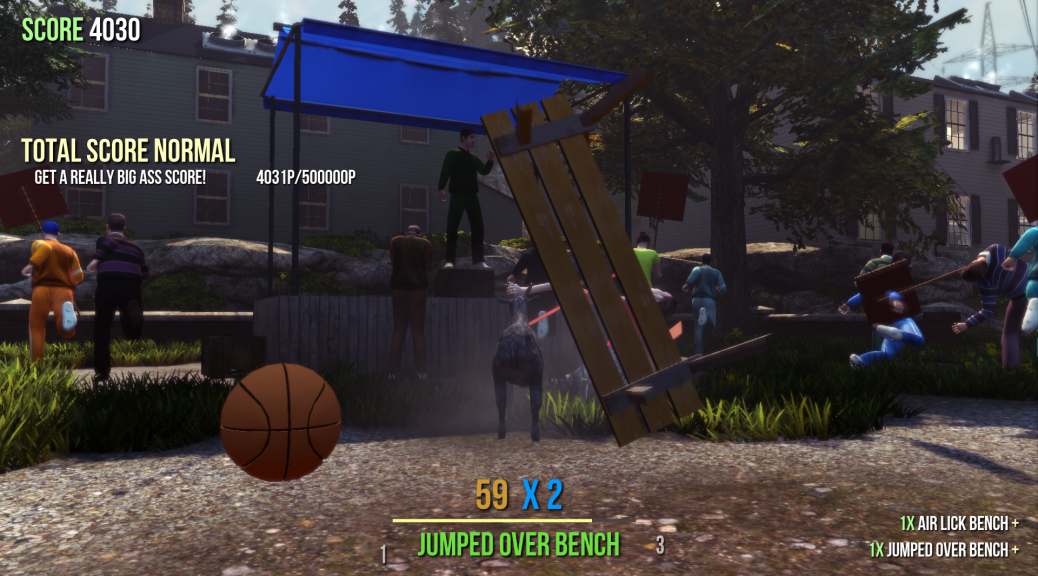 There is a bit of a game inside the physics sandbox portion. There are some statues hidden around the lone map that the game ships with (though there is another map coming sometime in May) that you want to collect as many of as possible. Collecting them and finding certain hidden areas and doing the challenge there, give you upgrades. For example, in the goat fighting circle, defeat four goats and you get a muscle power goat. Don’t hurt anything for 5 minutes get the Angel Goat, drag five people to the pentagram and earn a devil goat and lots of others. These powers, once unlocked, can be used in a custom game mode, and combined for some semi-funny combos, some of which are needed, apparently, to unlock other modes. There are a few odd challenges to try and attempt like getting on the hang glider, jumping on each trampoline in the game only once without touching the ground in between them, and a few other odds and ends. These are what makes one actually come back to the game off and on. END_OF_DOCUMENT_TOKEN_TO_BE_REPLACED 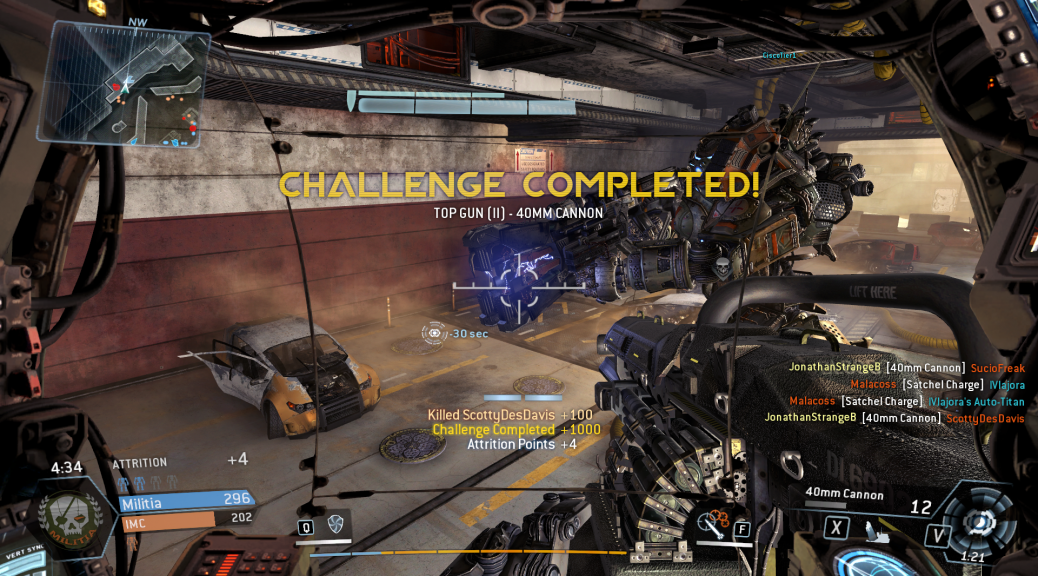 I’ve been looking forward to Titanfall ever since the announcement. Made by Respawn Entertainment, a company formed by the people who created the Call of Duty franchise after their rather public firing by Activation, it held promise to deliver a new FPS franchise to rival the others. The question would be could they deliver?

The TLDR answer? Pretty much. The game delivers a very entertaining multiplayer experience. The wall running, parkour elements add a great deal of fun. The Titans themselves make for a nice replacement for the usual driveable vehicles. The Source engine, while a bit outdated, holds up reasonably well and with the promised fixes coming to at least the PC version, I think it will deliver a solid experience visually. Is it perfect? No, but it is a very good multiplayer FPS, so long as that is all you are looking for. Want more details, then read on after the break. END_OF_DOCUMENT_TOKEN_TO_BE_REPLACED

During the Thanksgiving Day weekend I gave my Initial Impressions of Star Wars: The Old Republic

. Since then the game launched, and is undergoing its weekly Tuesday morning maintenance so I can’t play right now, I figured it is time for a little followup. I won’t go over everything I did there, so if you didn’t read that, it may be a good place to start. I ended up getting in the Friday before launch.

Overall I am very happy with the game. It is a fun diversion, and I have found the story line to be engaging on my main character.
END_OF_DOCUMENT_TOKEN_TO_BE_REPLACED

Well, this past weekend was the stress test for Star Wars: The Old Republic

. They let an apparent 1.5 to 2 million people download a near finished version of the game and play for free for the weekend. The purpose of the weekend is to test their servers, to see what issues they will have under the heavy loads they expect at launch. It also serves as a motivator to get people to buy the game after trying it and seeing that yes, they do want to play it. I am sure their pre-orders went up a lot as a result of the test since people who pre-order can get into the game up to 5 days early, though I think people ordering now are getting 4 days.

For those who don’t know, Star Wars: The Old Republic (ST:TOR or SWTOR), is a massively multiplayer online game, or MMO for short, taking place in the Star Wars universe and made by BioWare, who have made a number of great RPGs like the Star Wars:Knights of the Old Republic games, Dragon Age games and the Mass Effect games to name their most well known outings. In an MMO you create a character and explore and play in a universe online with thousands if not millions of people around the world. The most publicly well known MMO, at least in the US, is undoubtedly World of Warcaft (the game and first expansion available as World of Warcraft Battle Chest

) a game I played for some time and I had the other expansions like World of Warcraft: Wrath of the Lich King Expansion Pack

and World of Warcraft: Cataclysm

as well and played them a great deal. However, I probably won’t be playing their new expansion World of Warcraft: Mists of Pandaria

because I am more or less done with WoW. It was a great deal of fun while it lasted, but I want to move on. I may drop in on occasion and play a sub-level 20 character since those are free, but for the most part I am done with WoW now. WoW has about 10.3 Million subscribers, spread across many servers.
The story of SW:TOR takes place 3,500 years before the events of the Star Wars movies, and about 300 years after the events of the Knights of the Old Republic games. The Jedi had abandoned Coruscant and relocated to Tython to seek guidance from the Force, which causes the Republic to fall into some disorder and raise some grudges. The Jedi are now starting to make returns to the Republic. Meanwhile the Sith have established a Sith Academy and trying to gain more power as usual. END_OF_DOCUMENT_TOKEN_TO_BE_REPLACED