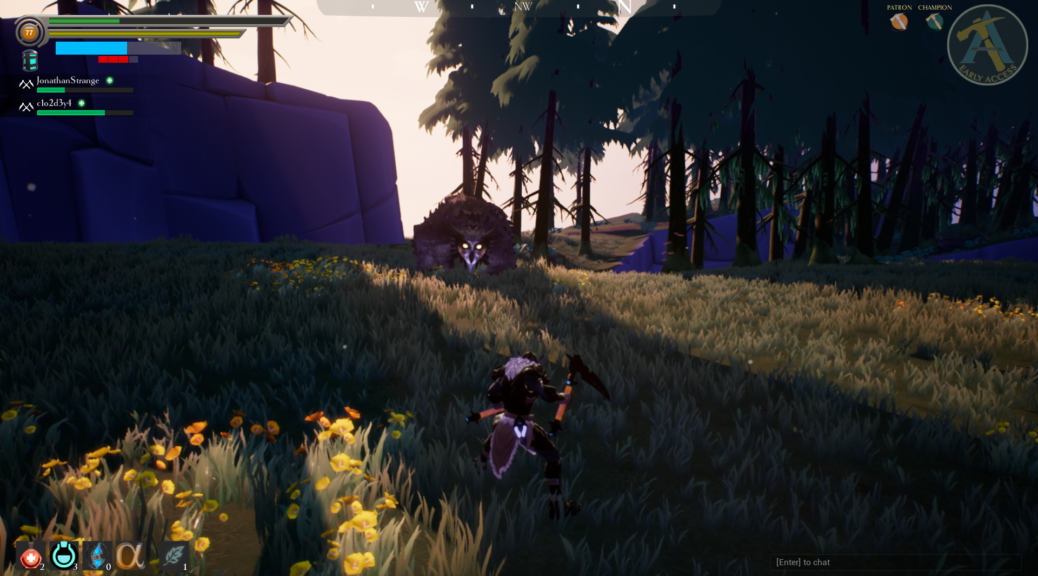 You always remember your first. In terms of Monster Hunter type games, that first for me was Dauntless, back when I was in the Technical Alpha, playing it under NDA. Now that it’s been out for awhile, I thought it time to speak a bit about it.

Dauntless, has become a staple of my Twitch streams.

Here’s a collection of highlights:
My First Dauntless Stream
Daunting Task to Low Level a Shrek with Only One Other
The Main D Game I’m Playing Now – Dauntless [The “D game” was Destiny 2]
I Was Not Ready for the Skraev
My Second Skraev Fight
Trying for that Skraev Chain Blade Upgrade

I really enjoy the game a great deal… that said, there are some valid concerns players have about the game.

Of course with those 3 comes something I thought before they dropped the NDA, and pushed for a release. I think they may have released to early access a tad early, perhaps they needed another 6 months to a year to add features, but I can also understand the need to get funding sooner that later. Of course there is also the oft made complaint about many paid alpha/betas today, and that is getting people to pay to test… now to be fair here, there was a long period of testing without any of us paying to get in (much like Fortnite where we tested for a long time before they dropped the NDA and we had to buy our way back in), so it isn’t like they didn’t have plenty of people testing without paying for sometime. That said, I still think that the early access release may have been a tad early (I was still a bit upset that many of us testers didn’t even get a discount on the early access copy, Fortnit at least gave its testers $20 off), and that those 3 bullet points are problematic if they aren’t addressed soon.

The nice thing is, the game will be free to play, and currently it looks like most of the benefits of paying is cosmetic, and bonus drops, which might making farming for more common material a bit quicker… though the break parts will still require good hunts. So assuming they don’t put too much into the cash shop advantage, the game has  head up on other games in the genre, beyond being on PC…

Of course the elephant in the room is the upcoming Monster Hunter World. That game will be out on XBox One, and PS4 in early 2018, and will be a must buy for those of us that are fans of the series, and as a bonus, it will be coming to PC later, so the PC world will have a couple games in the genre to pick from. That is where Dauntless’ main competition will be. Odds are we’ll never see Monster Hunter Online westernized, so the hoops one has to jump through to play that will likely keep that regulated to just a few of us, so PC users will be pretty much stuck with Dauntless and MH World as their choices.

For now, Dauntless holds the fort. It looks good, though it isn’t a “realistic” looking as MH World, it still has a nice art style, and looks good. Is it worth the $40 asking price to get into the beta before the open beta later this year (probably near December)? I’d have to say probably not, unless you really need your Monster Hunter fix on a PC, and don’t want to go through the trouble of playing MHO.  However, once it comes out to open beta, and eventual release, I’d suggest all fans of the genre jump on it as soon as possible. There is a great deal to enjoy about it… though I do fear the population loss after World releases…

I do plan on writing more about it, giving it a better actual review, but this post was LONG overdue…