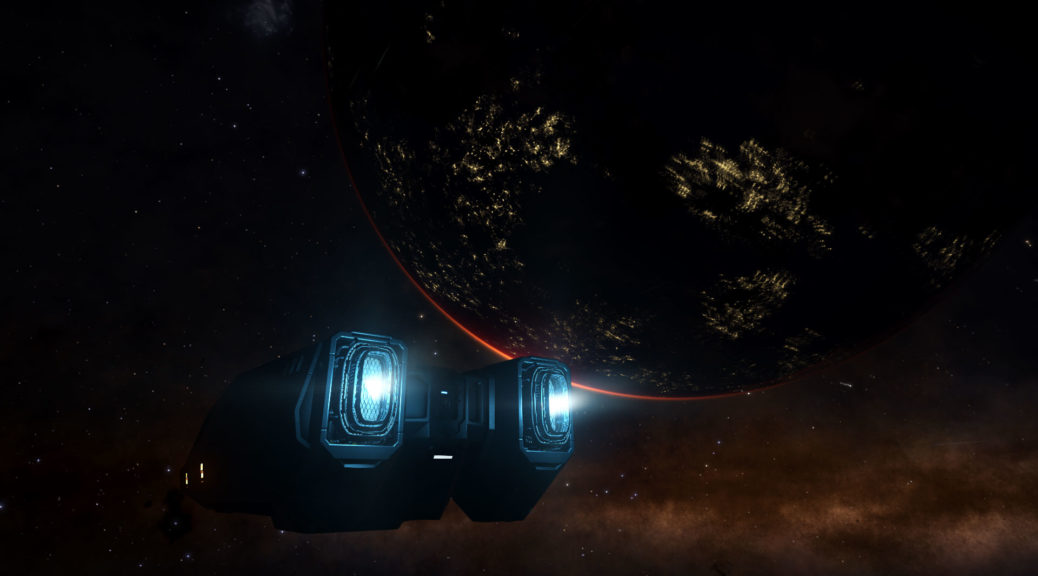 IMPORTANT NOTE: This works as of 2.1, apparently in the 2.2 beta, Sothis runs have been nerfed. As of this writing, not sure if that will make it to live or not.

One of the easy ways to make money in Elite Dangerous is stacking Sothis runs. I just managed around 11 million in 4 or 5 stops in my Type 6 with 96 T cargo capacity and 18.83 laden jump range. This is not a full guide, just more or less what I do.

Sothis is an outlyng human colony system. From Newholm Station, you can pickup a large number of delivery missions. You do this on a few ways. First I do it via a private group that I’m in. Load up all the far away delivery missions (don’t worry, once you get there, they are all within 2 or 3 jumps of one another… at least on my Type 6) and all the data delivery missions to Ceos. Then log out to the main menu, choose Open and get all the delivery missions (they should be near the others) and data delivery to Ceos… log out again to main menu and go Solo and repeat. This process of getting missions from the Open, Private and Solo is called mission stacking. At this point it probably is best to stay Solo or if you are in a private group, go that way. First I deliver my data to Ceos, which is only 1 jump away, and this nets a good haul from the stacking.

You can only have 20 missions at a time, so if you don’t fill up on delivery missions, you can run data back to Sothis and restack the delivery missions as there usually are more… Also note there are two stations in Sothis, I typically only stack the station closest to the entry point, but I know some people stack both.

Here is a Twitch highlight of me delivering mission stacked data to Ceos. Staring Sothis Runs for Credits – Ceos data drops and notes.

Now I open the galaxy map and choose which point to go next. I find the closest one, in this case it turned out 25 jumps in my laden ship as all 96 T of cargo capacity was used up. I got intedicted three times, the last of which knocked my hull integrity down to 60%… and for those who don’t know, if you get destroyed either by an NPC or other player, you loose everything you had. You scan data, your inventory… everything… Now the Type 6 isn’t really good for fighting, so I usually submit to the interdiction (drop throttle to zero), then put all my power into my engines, open my weapons up and drop a mine, boost, drop a mine, boost, weapons stow, boost and then jump again. This usually puts enough space between you and the other guy to run away.

Finally I get to the first station and start turning in deliveries, then all the rest of the stations were within two or three jumps from one another and I make 11 million credits in just a couple hours of play time. Meanwhile the community goal was nearby and complete, and that I spend only an hour or so on and did very little, but still made a quick 5 million credits, so a couple jumps later that is all wrapped up. Also, once I’m at the first station and from then on out, I usually check EDDB.IO to so see if there’s a commodity I should pickup and do a single hop route while doing that portion of the run just in case I might make more money (these days less than 5 digits I don’t bother but your mileage may vary).

Here is the Twitch highlight of me doing the deliveries, getting interdicted and hurt badly, having somebody actually in the stream (lol) and talking to them about my Type 6 (I keep calling it a type 7 in the stream for some reason), and turning in the community goal. Elite Dangerous – Sothis Runs – Turning Them In.

After everything is done, you return to Sothis, empty to save jumps.

Now Sothis runs are much more profitable with the more cargo space you have and the better jump range. Again, all the deliveries are usually within a few jumps of one another so get all that you can and stack them by using Solo, Open and any Private groups you have access to. You can only have 20 missions at a time, but filling that up is usually a bit harder anyhow… also you are only picking up delivery missions 300+ light years away, no pickup and bring back type missions (those usually aren’t worth the money). A bigger, better ship would have taken less time, and probably been given better delivery options. It’s an easy way to make credits in the game, especially if the community goal isn’t one that you can do at the time. So long as you can carry at least 20 T and can jump 18-20 LY laden, I’d say go for it… be sure to fuel scoop along the way of course. Then get to a Type 6, go from there for awhile, then start looking for better ships once you got some bank.