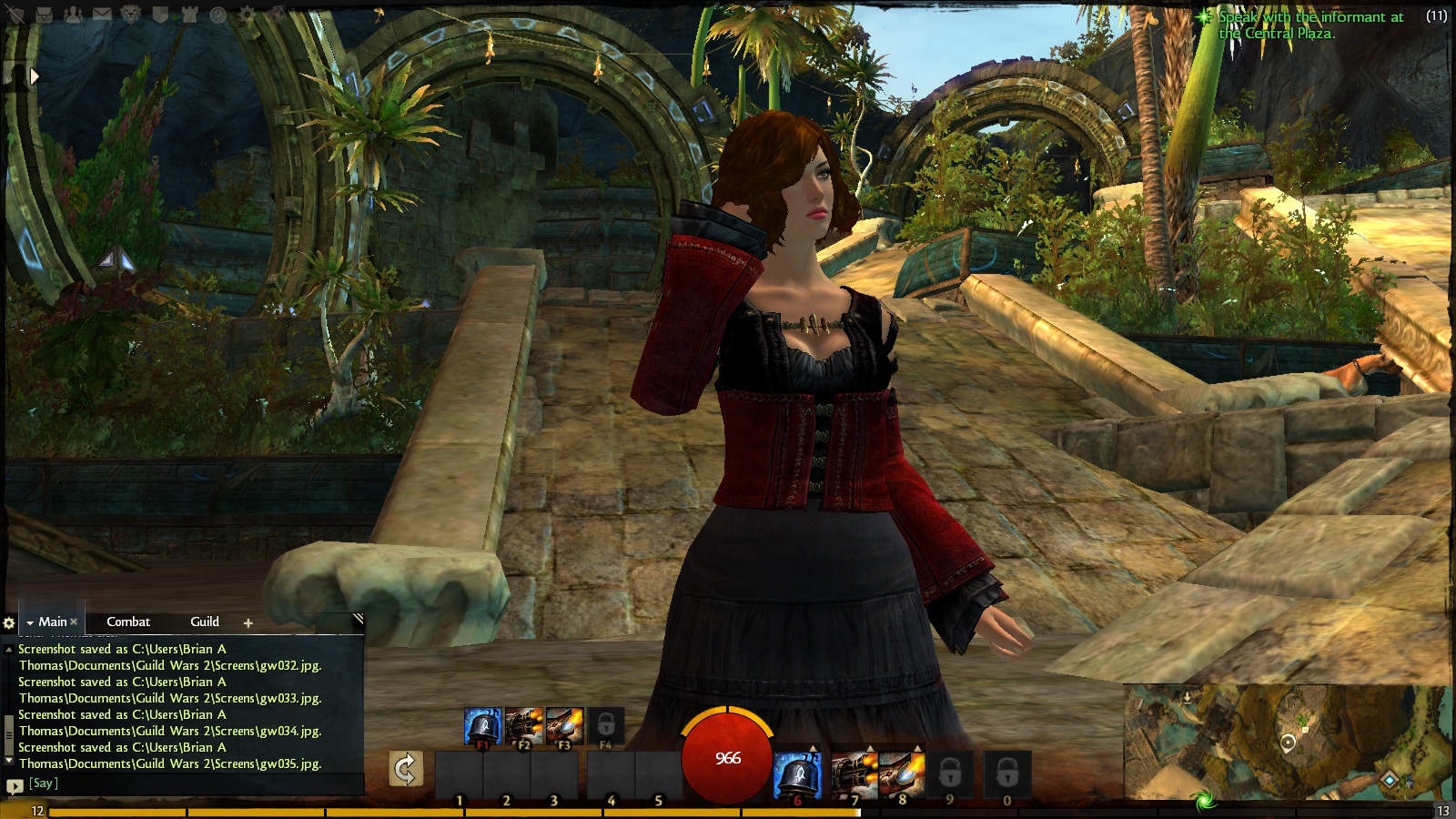 I missed the last Guild Wars 2 Stress Test on June 27th due to a massive headache. I got in some, but didn’t feel well enough to record more videos or take more screenshots. Lucky for me there is one more Beta Weekend Event coming near the end of July before the Guild Wars 2 releases… My original plan was to get a few more screenshots and videos that I could do commentaries on later, such as the release date announcement.

I also wanted to spend a lot of time in sPvP, and while I got there, I couldn’t figure out how to actually get into a sPvP match… lack of homework on my part. Perhaps due also in part because I skipped the tutorials… 🙂 Anyhow, I got to the loby area, but never figure out how to get into the matches from there. Apparently there is a crier or something that can get you into the matches. I’ll have to look next BWE.

I really don’t know if there will be much Guild Wars 2 news between now and release… save perhaps details of the upcoming Beta Weekend Event. No word yet if one or two of the remaining races will be playable or if they’ll just keep them until release. There hasn’t been details yet about when we’ll be able to link our Guild Wars 1 account with our Guild Wars 2 account if we created the GW1 account after we made the 2nd, or some people skipped it or couldn’t do it at the time due to technical hiccups. ArenaNet has promised they would open that stuff up before release, so we’ll trust them on that. The only reason to link them, at least for those of us at low levels, is name reservation since names are unique to the whole game, not just per server. The head start is August 25th, for those of us who pre-purchase the game, so there is still some time to go before they have to make sure the system is in place. I would guess since they announced a date, they could do it at any moment, but my guess is that they probably will hold off until August.

Be sure to join me in this great game…