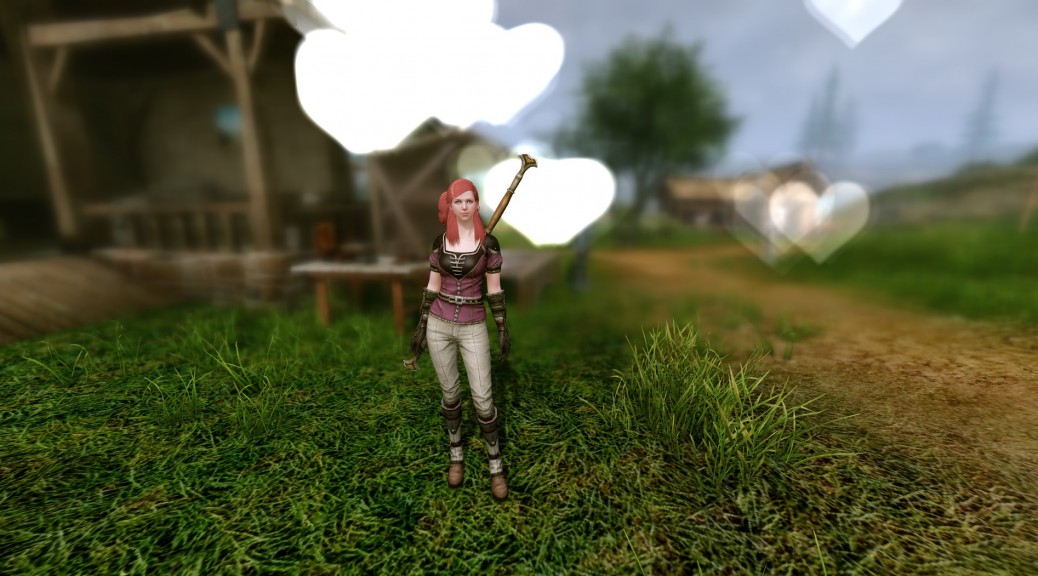 I’ve mentioned a few times how one of the things I am most excited about in ArcheAge is the fact that you can overachieve a quest. Say a quest giver wants you to kill Carnivorous Bees that are harassing his sheep, and would also like you to get the wool off 5 of those sheep. Most MMOs would let you kill as many of those bees as you want and collect as much sheep wool for that farmer as you want, but your reward won’t change even if you go above and beyond the call of duty, but ArcheAge allows you to collect extra XP (I believe it is up to 50% extra XP depending on the quest and the XP available). I don’t know if you get extra gold/silver on some quests or not, but on the two quests I checked so far, I didn’t get extra money, but I did earn a bit of extra XP.

Here’s a video I made earlier today about overachieving in ArcheAge.

The screenshot in the Featured Image was made in game using the in game screenshot feature (accessed by pressing CTRL-F12) and turning on Depth of Field adjustments and Bokeh effects.