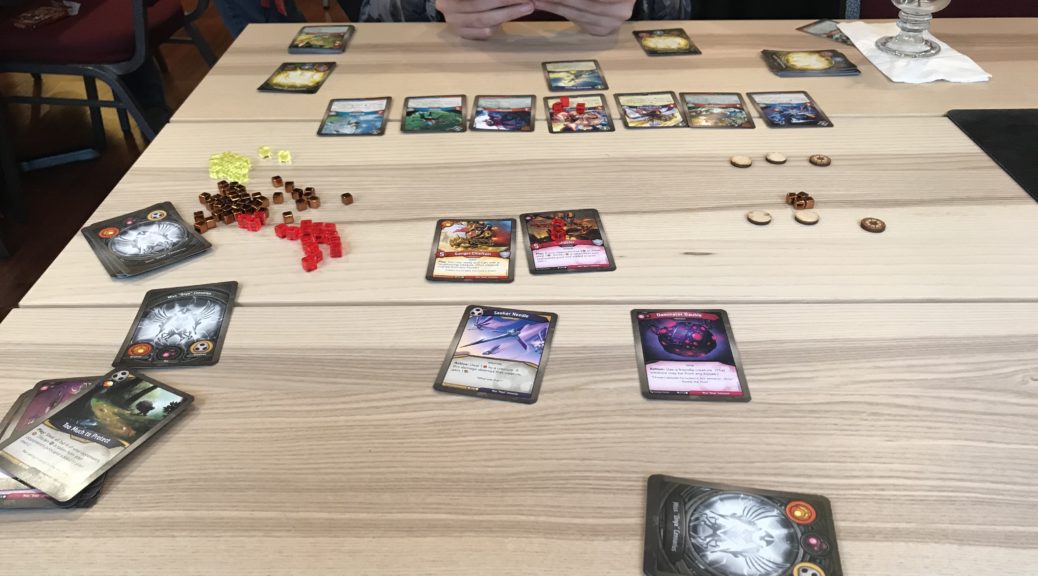 Fist, I got to commend how nice Sapphire City is. It’s the first board game parlor I’ve been to, and it is a really nice place. Good parking, nice play space. There’s a large library and large retail selection.

We didn’t get to try any of the sandwiches or other food items beyond a cookie and a coffee so can’t comment on the food. The owner was super friendly, and it seemed like a nice crowd. If you are in the North Canton area, I’d highly recommend stopping by and checking them out.

The game itself was really fun. Unlike most card games like this, there is no deck building, what you get in the box is your deck. You can’t mix cards from one deck to another. And each deck is highly unique from any other deck. No two decks will ever be the same. There are 7 factions, each deck will contain 3 of them. A computer algorithm assures that most decks are within a certain level of one another and makes sure the cards will synergize well.  What works for one deck might not work with another. There are build in systems, a mechanic called chains that is beyond this quick post, that help level decks out if a certain deck is overpowered compared to another deck. 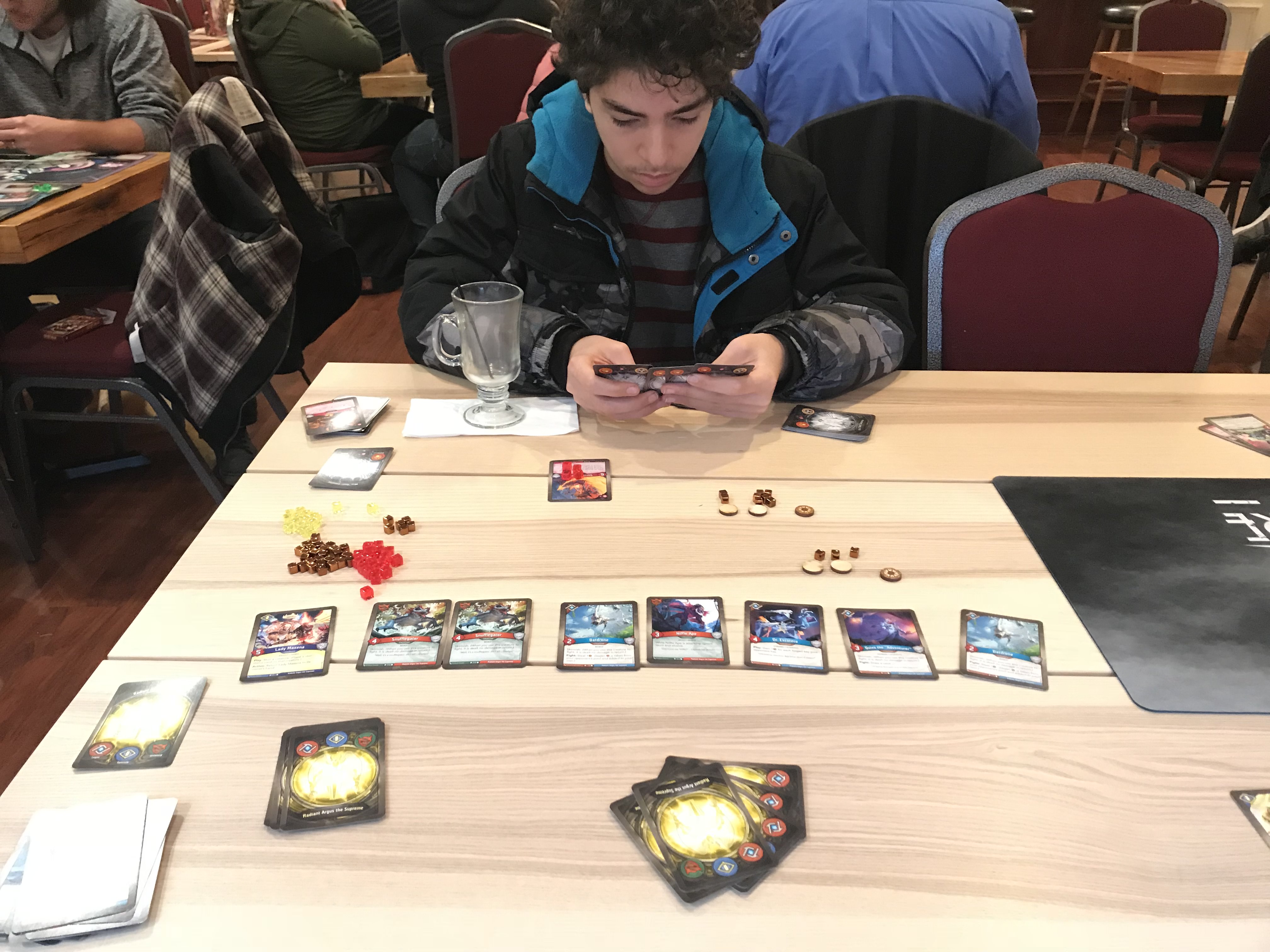 I won’t go into full detail in this post, but leave it to say that the game is a blast and I can’t wait to get a chance to pick it up and play it more on release. After that, I might make a bigger post about the game as a whole.