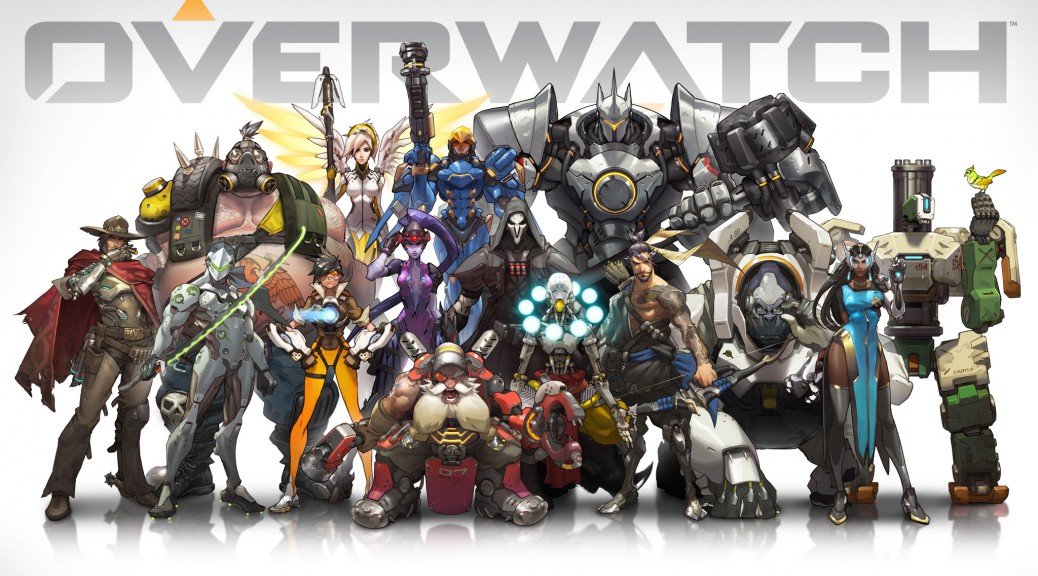 At this years BlizzCon, Blizzard, dropped their big news of the year. A new game that I’ll be begging to get into. They revealed a new franchise, Overwatch, a team based multiplayer first person shooter along the lines of Valve’s Team Fortress 2 (TF2).

It enters a sub-genre of the FPS world that’s seen a bit of growth of late. It is surprising it took so long for this genre to become big, as the huge success of TF2 would have made it an obvious target for “clones” and fresh takes on the genre. Recently Loadout by Edge of Reality came out. Loadout did it via 3rd person, and was a pretty good take on it. Battlecry from the aptly named Battlecry Studios, will be out sometime in 2015 which is another take on it, though it sounds like it does more than the 5v5 model with up to 16 players per team… so perhaps it may be more classical arena shooter, but bringing in the player class elements and heavy stylization that seem to be the hallmarks of this sub-genre. Anyhow, there’s been some development of late in the genre and it’s great to see Blizzard’s take on it.

The news of a new franchise came as a bit of a surprise for some of us. Late in September of 2014, Blizzard announced that their long (as in near ten years) development Project Titan, another new franchise, was canceled. All we knew near the end of that was that it was a new MMO, but was also a sci-fi shooter. Kotaku ran a Here’s What Blizzard’s Titan MMO Actually Was article, which may or may not be accurate… Given that Titan is still under NDA and Blizzard hasn’t said too much itself officially, hard to tell, but it’s highly possible the article gets close. Sounds like it would have been fun. Overwatch does reuse some of the elements originally intended for Titan, so it wasn’t a full loss.

That should sell you on the concept. Of course it doesn’t really show the gameplay itself… for that you have:

And that really just settles it. Boom, drop the mic.

Now if only I can get into the first wave… or soon thereafter… or better yet, into the Friends and Family beta. I’ll sign an NDA Blizzard… please. 🙂 I mean while I really want to play Heroes of the Storm, I’m not a great MOBA player… I’m not great at FPS games either, but it is more my type of game. It’s the type of game I play the most actually. So this is a far better fit for me. Let’s look at it from the Friends and Family or early NDA waves point first…I’ve got a Noted Past in Gaming, so I’ve got experience in helping test games under NDAs and more open betas (most recently two different Evolve alphas, though that second one nearly everyone got in that wanted in, and apologies to my regular readers and viewers for not getting any content made for the game despite the NDA being lifted for this second round). Anyhow, once the NDA lifts then I can provide lots of coverage of the game. Here on this blog, and on my YouTube channel, and on occasions even on my Twitch channel or my Hitbox channel, all of which generally end up featured here as well. Once again Blizzard, you have everything to gain and nothing to lose by getting me into the game as soon as possible. If I’m in under the NDA during friends and family, you get lots of valuable feedback from somebody with a decent machine, semi-okay Internet, and somebody from this region… If I’m in during the closed beta during the waves, then you get the same thing… so perhaps not selling myself well on getting in before the more public waves start in 2015. Lol. Here’s a link to my Diablo 3 character profile so you can flag my account for access to the game. http://us.battle.net/d3/en/profile/BrianAThomas-1237/hero/43697725. I always strive to provide fast and accurate information to the devs when I get into alphas and betas in order to make the game the best the devs can make it, so let me help you… sure it helps me in that I get to have a great deal of fun, and after the NDA lifts (if I got in before an NDA lift) then I get some fresh content for this site and other media outlets I use, but I’ll always try to focus on what can I find to help you make the game the best entry in the genre that you can release.

If you have a free Battle.net account already you can register for the Overwatch beta here. If you don’t have one, get one, it’s free. It includes Hearthstone (which is also available on iPad, Mac, PC and coming soon to Android tablets and I believe smaller devices like iPhones/Android phones), and allows you to access the free versions of World of Warcraft and Starcraft 2, and will eventually include access to Heroes of the Storm, their take on the MOBA genre .

There are a few things to end this on.

First there is an unofficial sub-Reddit… Too early to say if this will be the main subreddit people use for the game or not, but it’s a start. Plus it was started by the Director of Content for ZAM (see below), though he’s leaving mod duty to others.

Polygon has a guide to the first 12 characters of Overwatch. Nice overview.

ZAM, the people behind Wowhead and lots of other database sites for games have launched OWking. Obviously it’s still in the very early stages, but it’ll be a place to keep an eye on.

EDIT: Since this article was published I’ve covered it some more:
Overwatch Update 18 October 2015 A quick news update on the beta date announcement.
In Defense of the Overwatch Security Guard where I basically say cut the security guard from the cinematic trailer some slack.
The Overwatch Salt in which I decry those who were all salty about not getting in.