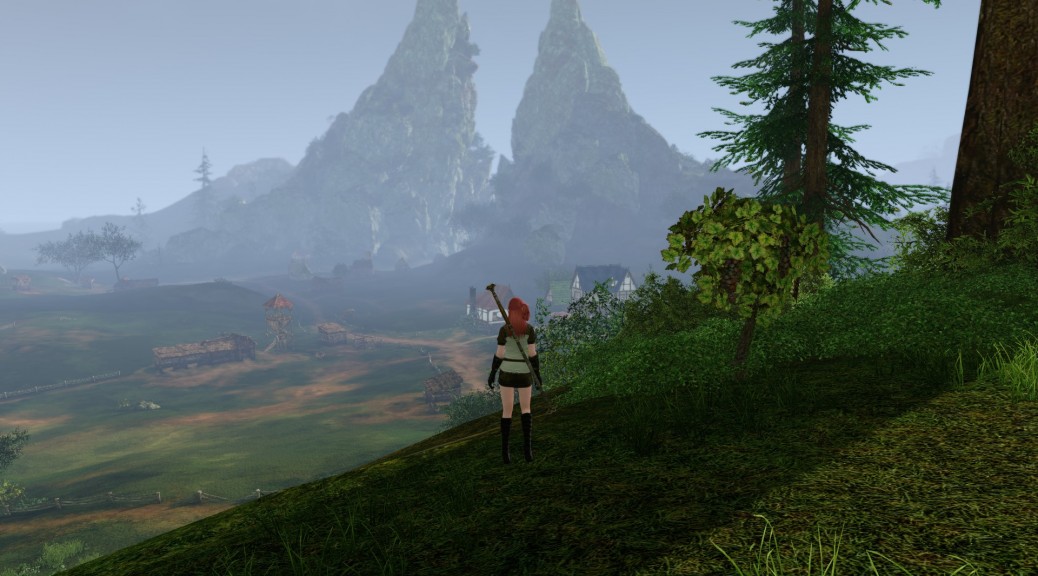 If you want something in depth, the most in depth thing I have so far is My Idea for Insurance in ArcheAge. This is more a proof of concept, to see how well I could take a video made in Twitch, upload it to YouTube and add an intro I had there already. Better videos and better content are to come… I hope…

As noted in the video, I typically make my main (main is a term used in games that allow you to have several characters, the one you put the most effort into is your main, while others are your alts, I tend to be an altaholic so main is very vague for me) a girl… Why? Semi idealized woman or something I don’t really know. A strong woman out doing heroic quests. Why a woman over a male character? Again, hard to say, though ArcheAge and many modern MMOs have started allowing for a more realistic image of men, from the traditional Conan the Barbarian or cover of a Harlequin romance novel type guy. My primary alt tends to be a male, that I try to model as close to me as possible, this character is the “me” of that universe… but oddly I don’t really want to be me in just another world. It’s not a gender identification issue, nor an issue wanting to control women or a specific woman. There is some truth to the argument of not wanting to follow a guy around for hours on end, and follow a girl on her adventure, but that’s not the full of it either. As I said in the video, I’m sure there is plenty to psychoanalyze…

I wasn’t ready for viewers, but thanks to those who dropped in.

I think I’ll make sure the bed is made behind me next time. lol.

The build I’m gong for (so far): http://arche-base.com/builds/generator#7.5.8/xlxvHSUv3PaK (based off this thread http://archeagesource.com/topic/2615-dark-knight-build-or-grim-reaper/).